Highest Measures of Accuracy for Ovulation

The likelihood of conception increases if intercourse occurs within the fertile window, which is about five days leading up to ovulation. But when exactly does ovulation take place?

Although many women try to monitor their cycle either to increase their chances of conception or to prevent it, most do so inaccurately. According to a 2012 study, only about 12.7% of women estimated their ovulation correctly. Only thirteen out of 330 women in the study successfully determined their exact ovulation day.

One reason for the low level of accuracy is that most women rely on one method of determining when they ovulate. While some divide their cycle length by 2, some add/subtract 14 days from the end of their cycle.

But there are so many ovulation indicators that it becomes inefficient to depend on one alone. For example, if you’ve always thought that ovulation occurs on the 14th day, you might have been getting it wrong all along. The study discovered that only 35.5% of the women ovulated on day 14, which, nevertheless, was the most common.

The following four indicators combined have the highest degree of accuracy:

This is arguably the easiest way of estimating ovulation day, although it’s merely 60% accurate. To do this calculation, count the number of days from the first day of your last period to the first day of the following one. Then, from this figure, subtract 14 days from the end of your current cycle to estimate the day you’ll ovulate.

The problem with this technique is that your cycle length isn’t the same every month. It varies due to many factors, such as hormonal imbalance. So it’s essential to know your average cycle length.

Most online ovulation calculators will request your average cycle length to increase the accuracy.

Basal Body Temperature (BBT) measures a thermal shift, typically half a degree change in body temperature, as a sign that ovulation has occurred.

BBT is one of the simplest and least invasive methods of detecting ovulation. You measure your oral, vaginal, or rectal temperature first thing when you wake up every morning. Any modern digital or traditional glass thermometer that measures one-tenth of a degree will work well for BBT.

Notably, you’re most fertile when your cervical mucus is clear, stretchy, slippery, and abundant. Ovulation typically occurs during this time or a day after this secretion stops (your peak day). The increased estrogen level just before ovulation causes a change in cervical fluid.

Luteinising Hormone (LH) with estrogen surges a few days before ovulation, indicating the opening of the fertile window.

To use the LH surge technique, you’ll urinate on LH test strips every morning, starting from a few days before you expect to ovulate. It rises sharply just before ovulation.

Once you notice that surge, that day and the next few ones are a perfect time to have sex — or not (if you’re trying to prevent pregnancy).

Accurate estimation of ovulation day can help women trying to conceive increase their chances. If you’ve been trying and failing, try combining the above four techniques and you’ll most likely see results.

For more support with your fertility journey, speak to our Fertility Health Coach for a free consultation. Book Now. 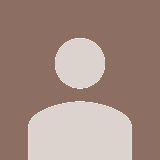 Jo Wolfe
Rebecca has been a great help to me during my long and challenging fertility journey. From my very first session with her, I felt instantly at ease. Rebecca took great care to really understand my story, my journey so far, my disappointments and my hopes. I found her questions incredibly insightful and perceptive. Together, we uncovered a number of unresolved issues and she handled all our conversations with the utmost sensitivity and empathy. Rebecca is genuinely passionate about helping anyone with fertility issues and I have no hesitation in recommending her to anyone who is looking for someone authentic and caring to speak to.
Read more

Eunice Chua-Sandri
I was really struggling with stress and not knowing how to manage it effectively. It felt like everything was spiralling out of control and I was constantly reacting emotionally to situations. However, after just a few coaching sessions with Rebecca, I feel like I've turned a corner. She has helped me to see things (and myself) from a different perspective and given me lots of guidance on living a more purposeful and stress-free life. I'm now much more mindful of my thoughts and actions, and after implementing all the tools learnt in our sessions, I’m finally learning how to manage my stress and am feeling calmer and more in control than ever before. If you're struggling with stress, I would highly recommend Rebecca- she's truly transformed my life!
Read more

Sandy
My children, aged 11, did Life Coaching with Coach Andrea. Andrea has a soft touch - she was very approachable, gentle, kind and patient with them, offering valuable lessons on how to lead a healthy life, in both mind and body. The materials were presented in a fun way, in the format of games and videos, so it was understandable and digestible. Having another adult, rather than us parents, talk with the kids helped them be more receptive to all the topics too. The kids really enjoyed her pre-recorded meditations for night time to help them relax before bed. The pre-teen/teen years can be an emotional roller coaster ride for both kids and parents, but I feel that Andrea’s coaching (she even helped me with some great pointers) has really helped us prepare with valuable tools to better navigate what’s ahead! It’s definitely a worthwhile investment and would highly recommend to anyone and their kids!
Read more

Marisa Karplus
Frolic for Life’s Kids Life Coaching with Coach Andrea was such a great experience for my pre-teen son. Coach Andrea helped him with a transition to a new school and then a transition to a new country one year later! It was so helpful for him to have so many tools in his back pocket to deal with all of the emotions and big feelings. Having an extra adult in his life who he could confide in and trust with his feelings was really important to us. Especially living far from extended family. He really appreciated the role she played for him and felt pretty cool having his own “life coach”. I highly recommend Coach Andrea. She is so excellent with this age group. She really knows how to talk to pre-teens and earn their respect and trust without judgement.
Read more

Nadia Ederer
The moment I heard about Kids Life Coaching from Coach Andrea, I knew I had to sign my kid up for it. Coach Andrea helped to show my pre-teen the tools she needs to cope with all sorts of things life throws at her now, and prepare her for what it will throw at her in the future. I think it was a bit challenging to get things out of her in the beginning, but after building a relationship with her, it became easier. I recommend Kids Life Coaching with Coach Andrea strongly because it’s so important for kids to learn these coping tools, or as she puts it: Superpowers!
Read more